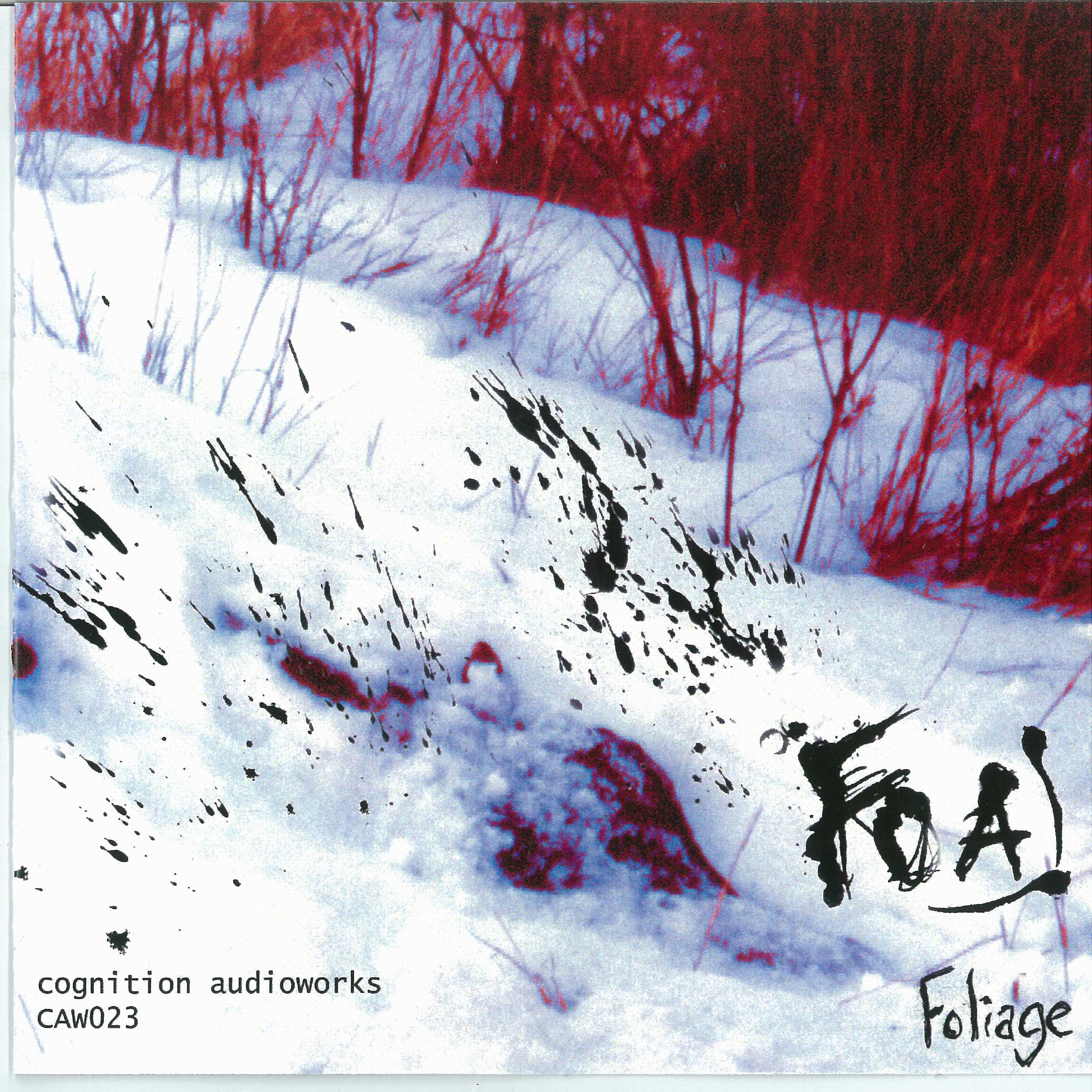 Saskatoon's Chad Munson (aka Foal) has been composing and performing music since 1996. Playing in noise rock bands as a teenager, Chad's interest in electronic music grew greatly due to the influences of friend and collaborator Jake Hardy (Holzkopf, Dainty Deathy Recordings). After many four-track experiments, Chad enlisted his first computer in 1997. After being frustrated with venues and the local music scene, the December 5th music cooperative was formed in 1998. This co-op with Hardy, Max Haiven (No Type), and Brennan Hart (Knar) was created to promote experimental electronic music in Saskatoon. With an overwhelming response to the music Dec5 promoted, 2 limited edition CD compilations were released which featured Munson's first electronic pieces.

After a year long break from producing electronic music to focus more attention on his now-defunct band Blood Music, Munson returned to electronic music in 2000 as Foal. This new entity was created as a vehicle to push the usage of guitar in electronic music. Foal's debut album, Re:construction, was released by online label Nishi (a sublabel of No Type) in early 2003. The concept of Re:construction was to make accessible minimal techno and microsound from very limited resources; every sound on the entire 45 minute album was created from a 10 second sample of his acoustic guitar-- no more, no less.

Foal on Foliage: "Like all my music, Foliage is an attempt to use guitar sounds with the same aesthetic as electronic sounds in minimal techno music. On Foliage all of the sounds other than percussive ones were created from electric guitar samples. The song 'Foliage' utilizes samples from early Blood Music recordings. Guitar is my main instrument of choice, so i try to use it in everything I do musically?I see myself as a guitar player, not as an electronic musician. As for the techno aspects of the record, it was an attempt to make minimal techno I actually enjoyed. My main problem with 99% percent of the techno I hear is that I don't like the sounds that are used, Ifind them too campy or predictable, and the culture too hedonistic. But in turn, I love the repetitive nature of techno--the slight changes over great periods of time, the slow evolution of the music. I have always loved what people were doing with techno, but I couldn't stand the sounds they used to make it with--they just didn't have enough of an organic sound to keep me interested. My music isn't meant to be danced to, it was written strictly with headphone-listening in mind. My big influences on this record are Vladislav Delay, Loscil, Steve Reich, Polpo Polmo, and My Bloody Valentine."

Pulse Niagara (St Catherines)
Foal is Saskatoon's Chad Munson who has been busy composing and performing music since 1996. Frustrated with prairie venues and the Saskatoon scene, Munson followed in the steps of wheat farmers from days gone by and helped form The December 5th Music Cooperative to promote experimental electronic music. Chad also played guitar in a band called Blood Music, but his real accomplishments have been with electronic music, with his debut Re:construction being released by Notype sublabel Nishi. On Foliage, Foal continues where he left off, fashioning minimal techno tracks out of the sonic debris he created with his electric and acoustic guitar. "I see myself as a guitar player, not as an electronic musician," notes Munson, and the results can be heard in the organic textures of his headphone music. (Marinko Jareb)

We Love Musique (Canada)
Chad Munson is a guitarist and composer from Saskatoon, Canada who has become known over the years for his work in the bands This Island Ugetsu, Watercolor Movement and Blood Music as well as his solo recordings as Foal. His debut album Re:construction was released in February of 2003 through Nishi, which is an online sub-label of No Type. As an exercise in restraint, he created the entire album of ambient, minimal techno using only a 10 second sample from his acoustic guitar for source material. Now nearly two years later, the Cognition Audioworks label in Halifax releases his latest full-length recording, Foliage. Written specifically for headphones, Foliage is an album created with deep listening moments in mind. Every song is wrapped in the warmth of heavily processed guitar, which is the main source once again for everything on the album aside from the percussion. The beauty and focus of Foliage lies in the textural ambient layers which flow through each track, patiently developing on each of the seven lengthy pieces. Perhaps it is the isolation of winter on the prairies that lends a feeling of inertia to Foliage. This is offset by the minimal percussion keeping pace on the album, which varies from the broken beats of "Doc" to the straight-ahead thump of songs like "Fault" and "Comb." Stand-out pieces include "Loer" and the title track "Foliage" which are two of the deeper songs included on the album. This is a great collection of warm, ambient techno just in time for the snowy season. (Constantine K.)